The second choice is about the supplier. In the professional field I met some people who used the STM32 chips and were very satisfied about the possibilities and development tools.

So I started my first test with the STM32F103C8T6 development board, so-called Bluepill. Very cheap, a few EUR. This one worked good en was easy to program with a ST-LINK V2 USB programmer (about 7 EUR). I used Platform IO to program this controller.

To make my own project, I have to be able to make my own PCB and using an ARM controller. I found 1 ARM controller with DIP casing, the rest were SMD. The next step was to learn SMD soldering. That took a little while, but after looking a some Youtube video’s I managed to solder the first breakout board. 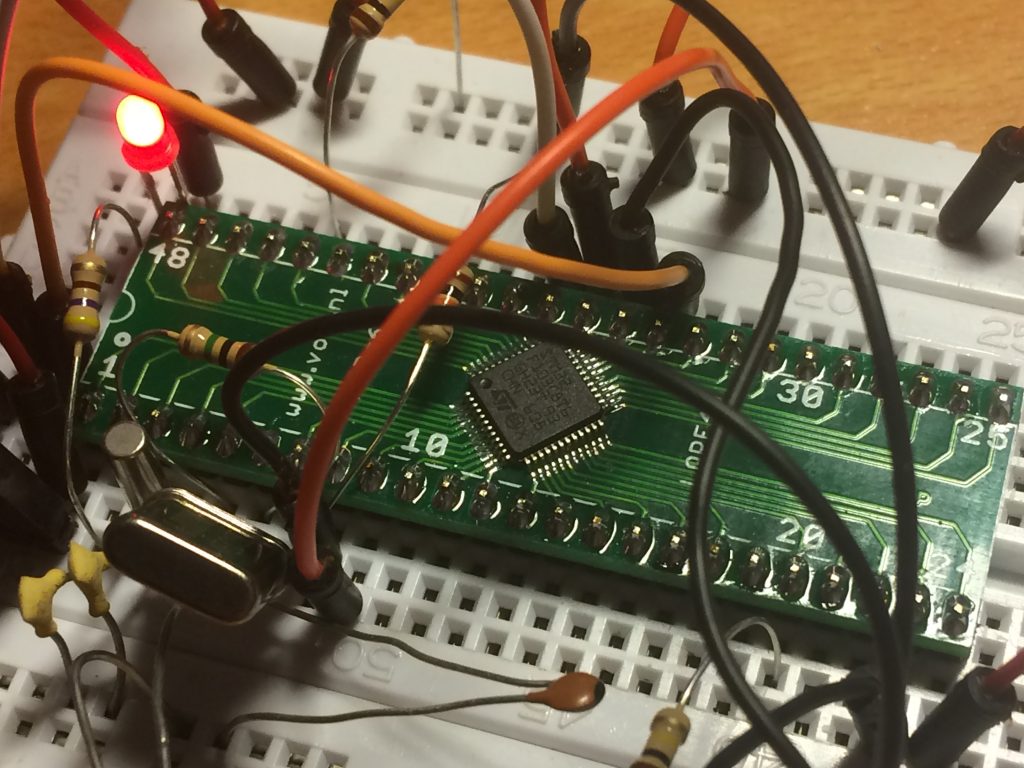 The test with this board worked fine, so I made my own development board (PCB). 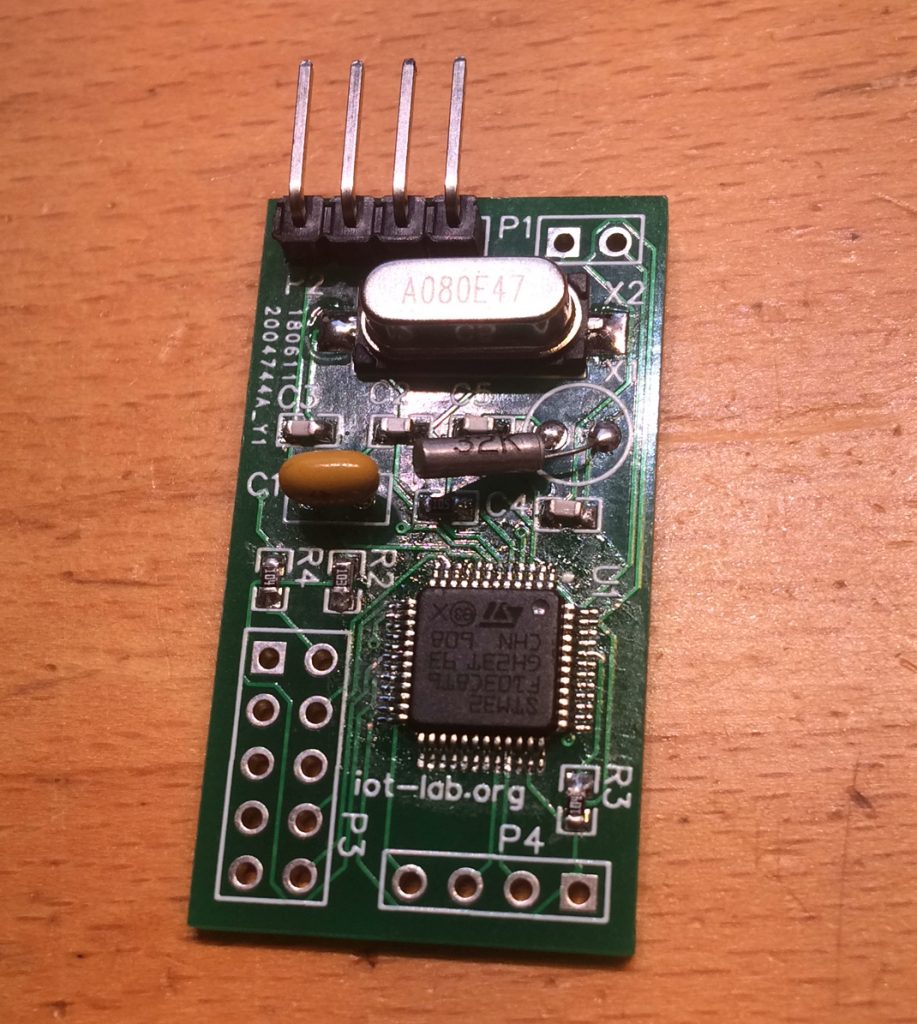 The schematic is here: 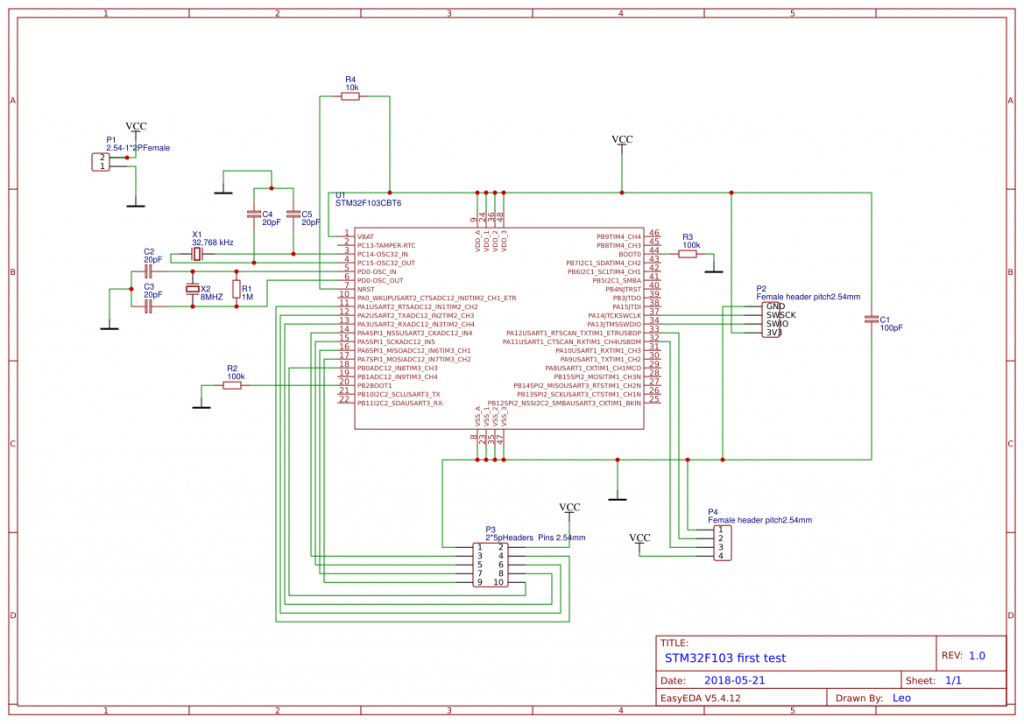 After that I wanted to use a Low Power version of this controller. I was really happy to see that with STMicroelectronics you can really easy switch to other controllers without changing you PCB design. All pins are on the same spot! I used the STM32L151C8T6 (LQFP-48 housing 7×7 mm, 9.85 footprint).

It was very hard to get this one connected to the programmer and software. It took a while before I found that the Clock crystals were not fitted for this controller. So at last I removed all crystals and then I could program the controller. There was also an advantage of that: It used less surface on the PCB and is lower in cost. This processor is still running on 2 MHz internal clock. 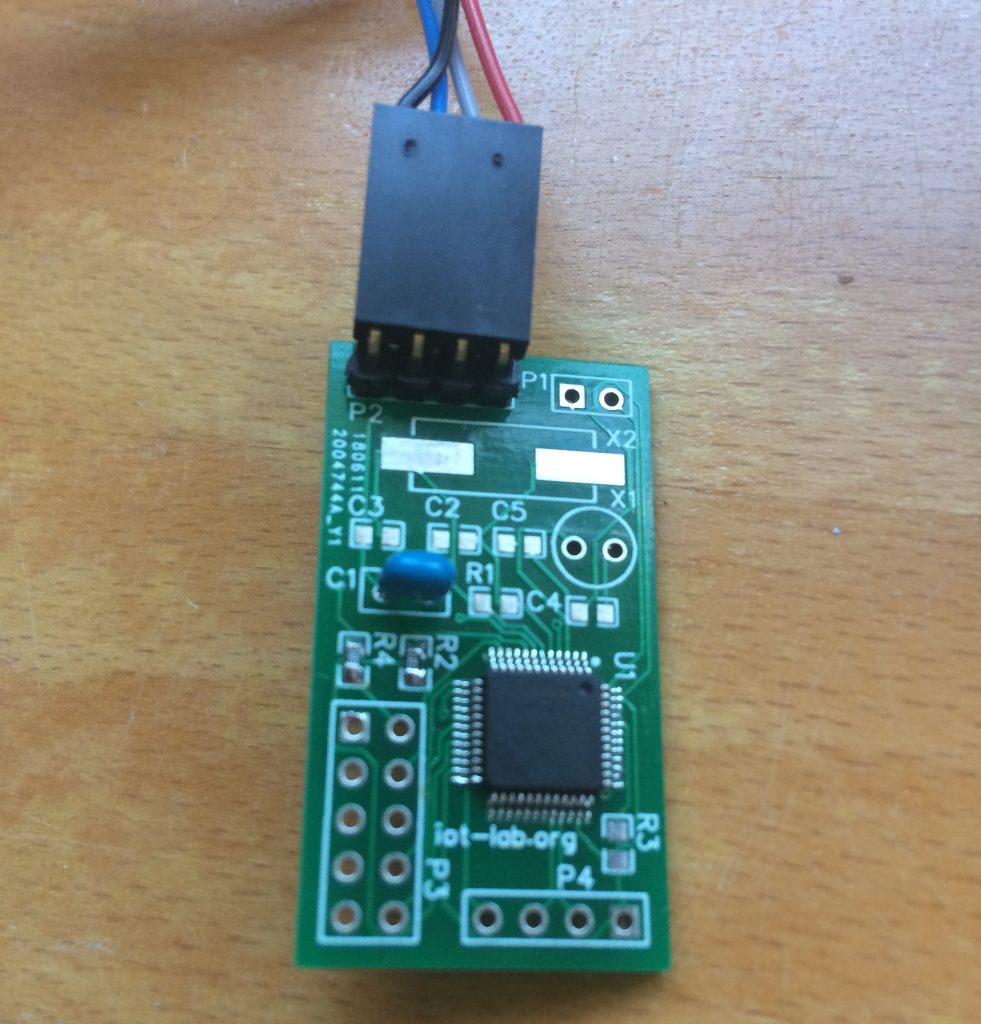 One capacitor (that can be replaces by SMD version) two resistors and one controller.

Now I gone test the programming capabilities of this Low Power controller. My goal is to replace the ATtiny84 with this one and make a smaller PCB with less power consumption.

2 thoughts on “Switching to ARM MCU from STMicroelectronics”

When you used one of my project and you like to show some appreciation, you can buy me a coffee :-)